With several leaks surrounding the upcoming Watch 6, Apple wasted no time in unveiling the devices at its keynote event yesterday. The budget-friendly Apple Watch SE borrows all the main features from Apple Watch 5 while the Watch Series 6 is a major upgrade over its predecessor with a faster processor, better watch faces, and more strap options.

The Apple watch series 6 has been designed using the same chassis as its predecessor, but it brings new blue and red aluminum finishes as well as Graphite and Classic Yellow Gold stainless steel variants. 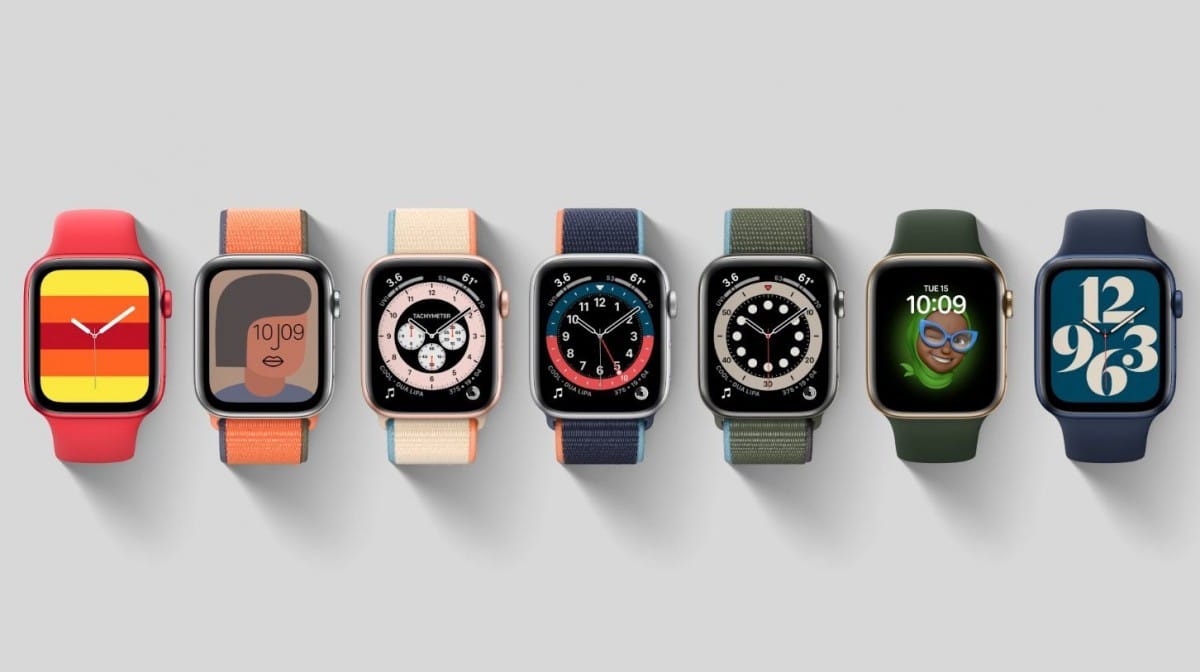 The watch comes with an improved always-on mode, which, according to the company, is 2.5 times better than Watch 5. The wearable is accompanied by seven new watch faces, including Stripes, Chronograph Pro, GMT, and Artist, as well as new bands, including the Braided Solo Loop and the Solo Loop. 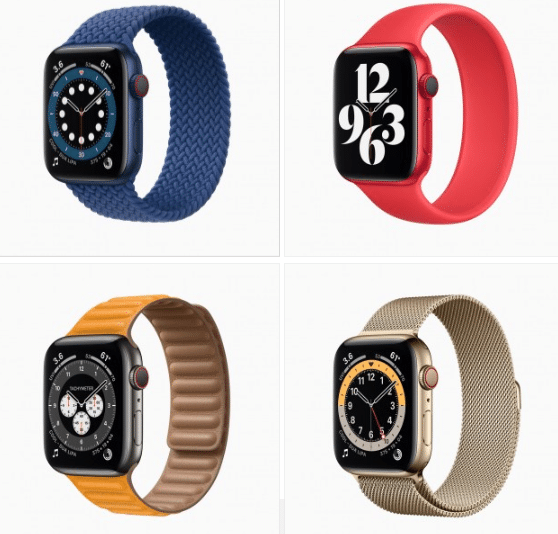 Internally, the watch is powered by the Cupertino’s new S6 chipset that is up to 20 times faster than the S5 in Apple watch 5. The dual-core SoC is topped with a U1 chip that has Ultra-Wideband antennas enabling short-range wireless connections allowing users to use the watch as a digital key for your car. 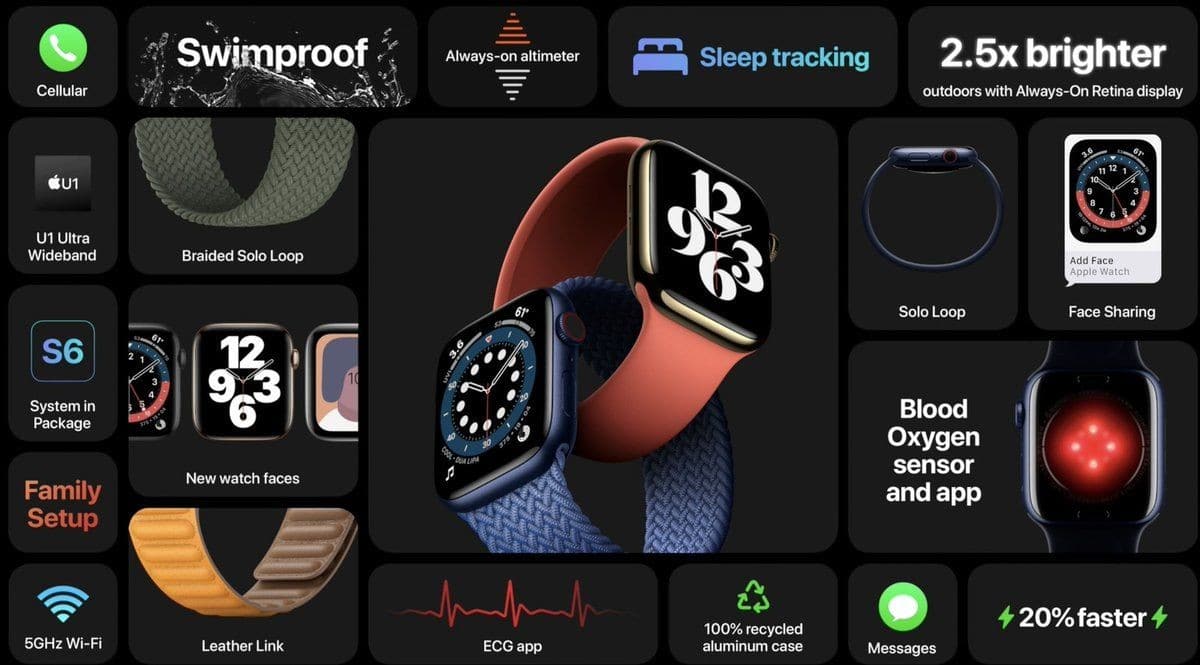 In terms of battery, Apple claims that the device packs a battery that maintains the Series 5’s up to 18 hours of battery life, but this time it features faster charging. A full charge takes under an hour and a half.

The Apple Watch Series 6 is currently up for pre-orders with the following price tags:

The more affordable Apple Watch SE borrows its design and heart rate sensor from last year’s Apple Watch 5 but features the same accelerometer, gyroscope, and always on altimeter as the Series 6. It also comes with Fall detection. 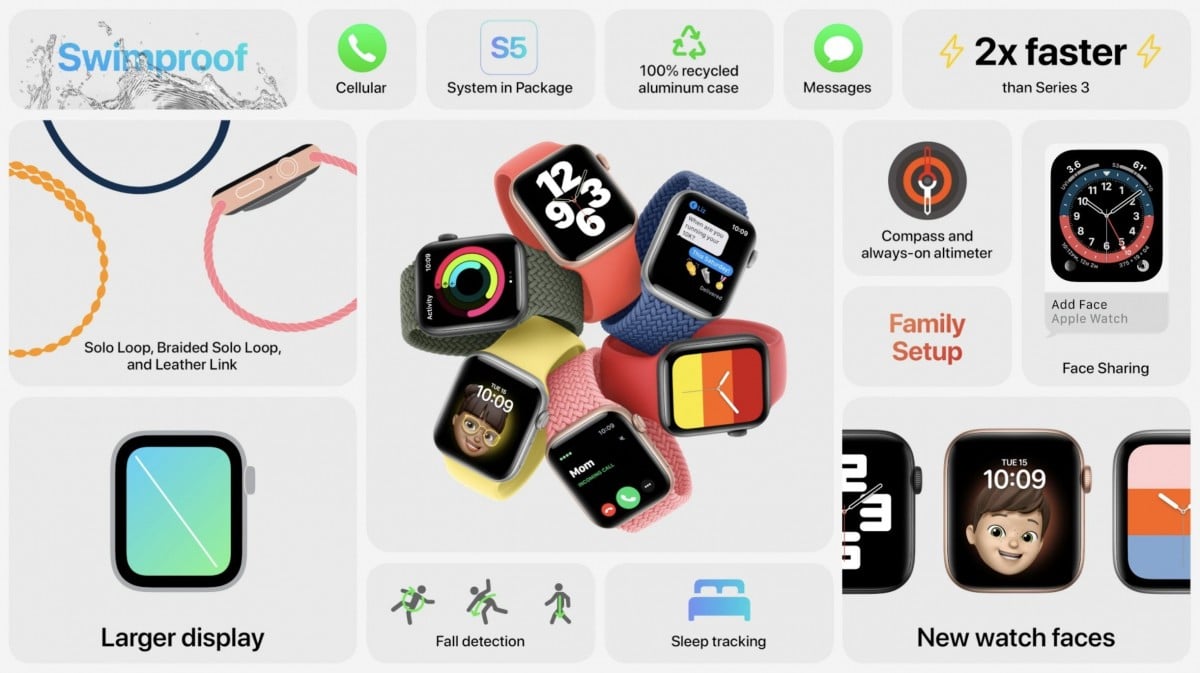 The watch is also available for pre-orders. Pricing details are as follows: