Xiaomi’s backed Huami has reportedly partnered with Tesla and is working on an exciting new product that will launch later today. Huami’s CEO, Huang Wang, has been teasing the launch event on Chinese microblogging site Weibo for a while now. However, we are still not sure what device is in the works. 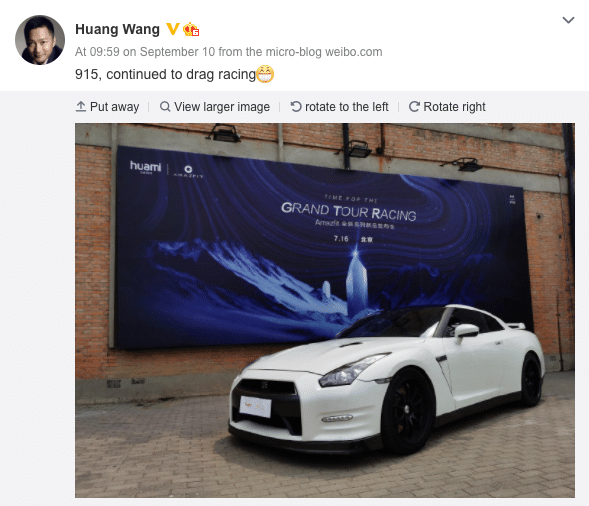 Initially, experts believed that the two companies are working in collaboration to come up with a smartwatch that will come with support for controlling certain aspects of Tesla cars.

This concept birthed, keeping in mind the Amazfit GTR and Amazfit GTS smartwatches from the company that received an update, enabling them to be used as car keys for Xiaopeng P7/Xpeng P7. For those who don’t know, these cars are considered Chinese rivals to the Tesla Model 3.

Xiaomi Launches a Self Balancing Scooter With 38 KM Range

However, the rumors were recently disregarded by Elon Musk, saying, “Smartwatches & phones are yesterday’s technology, Neuralinks are the future.”

Definitely not. Smartwatches & phones are yesterday’s technology, Neuralinks are the future.

This statement might hint at the fact that both companies are working on a device that employs Neuralinks tech for IoT. Details on the matter are quite bleak as of now and none of the companies have commented on the subject.

However, more information will be unveiled later today at the launch event.